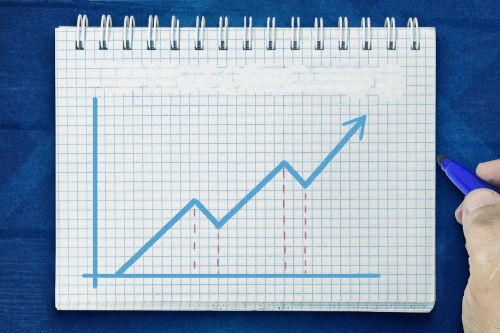 With all the promotion about a Type 2 diabetes epidemic, an equally frightening rise in rates of Type 1 has been ignored. What is triggering the rise in Type 1 diabetes? Does it have anything to do with the Type 2 surge?

First the numbers. Type 1 diabetes has actually always existed, but it was rare. According to an exhaustive study by Dr. Edwin A. M. Gale of the University of Bristol, rates of Type 1 were on the order of 4 cases per 100,000 children prior to 1950.

In the early 50’s, Type 1 began increasing at a rate of 2% to 4% a year in the United States and Europe. That may not seem like much, and now there are 3 — 4 cases per 1,000 children in these countries. This boost is really as sharp as the increase in Type 2. It just began with a much lower point, so it’s still under most people’s radar.

At some point in the 60’s and 70’s, Asian nations likewise began experiencing the Type 1 increase, and now most (but not all) nations in the world are seeing it.

It’s still occurring. In a June meeting of the American Diabetes Association, researchers reported a 23% rise in Type 1 in the USA over an eight-year period ending in 2009. Frequency of Type 2 diabetes over the exact same period increased 21%, the researchers found. So Type 1 is going up even much faster than Type 2.

Type 1 diabetes is considered an “autoimmune” disease. Autoimmunity is present when our body immune systems damage and damage healthy cells. Autoimmunity can strike anywhere in the body. In rheumatoid arthritis, it assaults the joints; in multiple sclerosis it’s the nerves; in lupus, primarily the kidneys. In Type 1 diabetes, the immune system ruins the pancreatic beta cells that produce insulin.

However what causes autoimmunity? We don’t know. Lots of experts believe it’s the thousands of new chemicals that are continuously contributed to our environment. Our body immune systems get puzzled and might lose the capability to differentiate hazardous intruders from the body’s own tissues.

Spoken with on our Web site, Donna Jackson Nakazawa, author of The Autoimmune Epidemic, stated, “There are just too many chemicals and pollutants on the planet around us. Genetics plays a role, but exposure to antigens is what winds up triggering autoimmune disease.”

We often speak with uninformed individuals that Type 1 is “hereditary,” while Type 2 is brought on by “lifestyle.” In truth, Type 2 may have a stronger genetic element than Type 1. Just about 20% of individuals with Type 1 have a close relative with the disease.

There are genes that predispose people to Type 1, as there are with Type 2. However without direct exposure to ecological stressors that turn those genes on, people don’t get sick.

Undoubtedly, something took place around 1950 that has turned on more of those autoimmune genes. Not just are more children getting Type 1, but it’s being diagnosed at earlier ages typically, simply as Type 2 is striking more youthful individuals.

What’s in the Environment?

There are five prominent theories on how environmental change has actually increased Type 1.

There is some evidence for this. Inning accordance with Dr. Gale, mice exposed to pinworm infections have lower rates of Type 1. Individuals used to get pinworms, too, so perhaps eliminating them is what set off the Type 1 rise. Research is being done on utilizing worms to avoid or treat autoimmune disease.

These chemicals have already been strongly associated with Type 2, just like Agent Orange, the chemical sprayed by the military on Vietnam. So what I’m questioning is, are the two diseases more carefully related than we had believed? In both cases, your genes make you susceptible, however it’s the environment that sets them off.